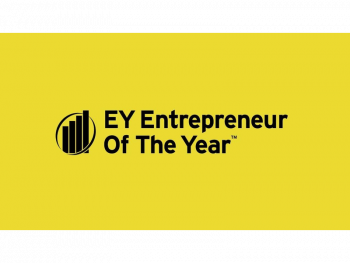 Three South Carolina business people have made the list of finalists in EY's annual Entrepreneur of the Year Awards, Southeast: EY, part of the Ernst and Young family, has named Shannon Hudson of 9Round, Richard Hagins of US&S, and Lou Kennedy of Nephron Pharmaceuticals to the list of finalists in the prestigious annual contest honoring the region's top entrepreneurs.

9Round is a specialized fitness center that brings boxing and kickboxing fitness training to the average person in a convenient, affordable, 30-minute, full-body circuit format. The program is developed around a proprietary and copyrighted system of nine challenging workout stations developed by Shannon himself.

Today, there are more than 750 9Round clubs open and operating throughout 42 states and 12 foreign countries, with many more in various stages of development. The company continues to open an average of 12 locations per week.

Along with her husband, Bill, Kennedy helped establish the Kennedy Pharmacy Innovation Center in conjunction with the University of South Carolina School of Pharmacy.

After serving his country for 23 years as a U.S. Naval Officer and retiring with the rank of commander, Richard Hagins followed his entrepreneurial spirit and passion for service when founding US&S, Inc., previously Universal Supplies & Services, Inc., in 2003. US&S is a facility maintenance and support service provider specializing in operations and maintenance, repairs, renovation, janitorial, grounds maintenance, and professional services. US&S, Inc. was accepted into the Savannah River Nuclear Site Mentor-Protégé Program in 2018.

Hagins was recently named a participant in the St. Francis Forum, and elected the 2020 chairman of the board for the Greenville Chamber of Commerce.

Previously, Hagins was appointed by the governor as a state commissioner of minority affairs. In 2007, he served on the board of the S.C. State Port Authorities (SCSPA). Mr. Hagins was heavily involved in developing the board’s five-year strategic plan. Subsequently, he was elected treasurer of the SCSPA Board and became a member of the executive committee until 2011.

Additionally, he has served as programs committee chair of the Greenville Metro YMCA Board, board of trustees for the Blood Connection, chairman of the board for the Blood Connection, and chairman of the Hillcrest Hospital Advisory Board. He has served as a board member of the Mauldin and Simpsonville Area Chambers and chairman of the American and Red Cross Armed Forces Committee. Mr. Hagins is a Charter Member of 100 Black Men of the Upstate and a proud member of Alpha Phi Alpha Fraternity, Inc. He is also a member of the Medical University of South Carolina Foundation Board.
Winners of the EY Entrepreneur of the Year contest will be announced in a ceremony June 27 in Atlanta.

***
One of these three people will be the City of Greenville's new city manager: When John Castille announced he was leaving his post as Greenville city manager last May, the news came as something of a shock to many. And with good reason.

During Castille's eight years as city manager, Greenville's reputation reached a point where it was being recognized on the national stage as a day-trip tourist destination and one of the country's best small cities.
While Castille handled the transition to the post-city administration life with ease -- months later he landed a new job as the executive director of the Greenville County Redevelopment Authority -- the City of Greenville didn't fare as well. After the initial search for Castille's replacement didn't pan out as plan, the city had to launch another effort to corral a new administrative leader ... at a cost of nearly $60,000.

Yesterday, the city announced it had whittled its second search for a new manager down to three candidates after looking at a pool of 357: John McDonough, current city manager of Sandy Springs, Ga.; Jeff Jones, deputy city manager and COO of Mesquite, Texas; and Dan Hoffman, assistant city manager of Gainesville, Fla.

The city hopes to have one of these men in place as the new Greenville city manager by August.

The following bios are provided by the City of Greenville:

Currently serving as the City Manager of Sandy Springs, GA, McDonough is responsible for oversight of the City’s 500 staff members and additional outside contractors, as well as its $463M operating, capital and special fund budgets. Prior to serving as Sandy Springs’ City Manager for the last 13 years, McDonough served as the City Manager of Beaufort, SC. With over 27 years of municipal government leadership, McDonough has significant experience managing large, complex capital projects, building public-private partnerships and addressing challenges caused by exceptional growth. McDonough earned a Master of Public Affairs from Indiana University at South Bend and a Bachelor of Arts in Political Science from The Citadel.

Jones is currently serving as the Deputy City Manager and Chief Operating Officer of Mesquite, TX. Jones oversees 1,000 employees and a $90M operating budget and is primarily responsible for nine service areas, including Economic Development, Planning, Parks and Recreation, Public Works, Public Safety, Human Resources, the Arts Center and the Mesquite Metro Airport. Prior to his role with the City of Mesquite, Jones served as the Assistant City Manager of Hurst, TX. Jones has 25 years of municipal government experience and holds a Master of Public Administration in City Management from Texas Tech University, a Bachelor of Science in Political Science and Sociology from Black Hills State University and a Credentialed Manager designation from the International City/County Management Association.

Currently serving as the Assistant City Manager of Gainesville, FL, Hoffman oversees 700 employees and manages $126M of the City’s operating budget. Hoffman has an extensive background leading smart city initiatives and addressing complex issues such as mobility and traffic abatement. Prior to joining the leadership team in Gainesville, Hoffman served as the first Chief Innovation Officer for Montgomery County, MD, where he managed innovation programs that included smart city initiatives, Internet of Things (IoT) projects, a business incubator and more. Hoffman holds a Master of Science in Organizational and Strategic Human Resources from Johns Hopkins University and a Bachelor of Arts in Political Science from George Washington University.