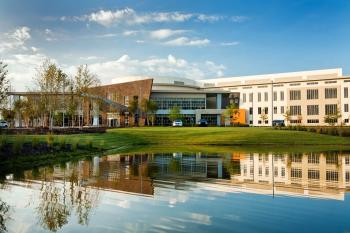 With a new partnership, a pharmaceutical company in West Columbia thinks it can disrupt the market for pain medications needed after surgery, and it’s an option that doesn’t include addictive opioids.

Nephron Pharmaceuticals Corporation announced Tuesday it is joining forces with a device company to sell medication bags and a pump to dispense the drug together.

Nephron, which sells many generic drugs and medications in shortage, is billing the product as a “solution for the opioid crisis.” That crisis claimed 816 lives in South Carolina in 2018, an ever-increasing figure, according to data from the S.C. Department of Health and Environmental Control released Monday.

“If you keep the cost down and offer these options, we really should have no reason to reach for opioids,” Lou Kennedy, Nephron’s CEO, said.

Patients can take the medication and pump home with them. It is a solution much preferable to sending someone home from the hospital with a bottle of pain pills.

Late last year, Nephron also announced a new non-opioid option for pain management, consisting of three drugs sold in a package of syringes. Nephron says it is both cheaper and safer than opioids. One of the main ingredients to the cocktail is ketamine.

Dr. Jeffrey Frohock, an anesthesiologist at Roper St. Francis, said recognizing ketamine’s value as a pain treatment has been the most profound change he has seen in his field during his career.

The anesthetic was known to cause hallucinations in children it was administered to, Frohock said, so the medical field was wary of it for a long time. But as concerns about the oversaturation of opioid painkillers in the nation’s hospitals mounted, ketamine began to see more attention. In low doses, the hallucinogenic effects could be managed.

“We came back to it because we knew it was a great pain reliever,” Frohock said. He called the drug “exceptionally safe.”

Roper St. Francis has been using a different pump to administer ketamine and other pain medications since 2009, Frohock said. The fact that Nephron will fill the pumps — rather than having a hospital pharmacist do it — will make the solution more attractive, he said. Right now, he said Roper St. Francis spends considerable staff hours filling the pumps themselves.

Roper St. Francis began a program in 2017 aimed at reducing opioid prescriptions. In 2018, the hospital system brought consumption of the narcotics down 38 percent, Frohock said.