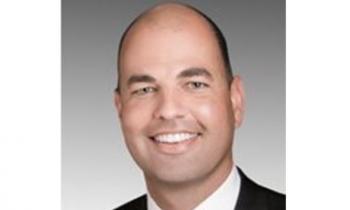 West Columbia, S.C. (March 12, 2019) – Nephron Pharmaceuticals Corporation is proud to announce the formation of a Senior Advisory Board and welcomes John Singerling, III, as the inaugural member. The mission of this board is to promote generic medication usage to lower the rising cost of healthcare, and promote opioid free pain management as a solution to the current US crisis. His extensive background in hospital administration and years of healthcare service uniquely qualify him as an industry strategist.

John Singerling recently announced he has accepted a new job opportunity with a national health care company, joining some of the most transformative leaders in the industry. More details about John’s new role will be made public by his new employer in the coming days. Nephron executives congratulate John on this new career. From his extensive past experience, to this new job, Nephron will benefit from his insight.

John previously worked with the Palmetto Health organization, joining them in 1996 as an administrative fellow, just following his graduation from the USC graduate program in Health Administration. From there, he served in several leadership roles, including, Chief Operating Officer at Palmetto Health Richland, President of Palmetto Health in 2010, and later President of Prisma Health-Midlands in January 2018.  It is well known throughout his professional career that his service to others was marked with passion, excitement, and an energetic focus on providing the best experience for patients, their families, hospital team members, and physicians.

About Nephron
Nephron Pharmaceuticals Corporation develops and manufactures safe, affordable generic inhalation solution and suspension products specializing in Blow-Fill-Seal technology. In addition, the company operates an industry-leading 503B Outsourcing Facility division which produces pre-filled sterile syringes and IV bags for hospitals across America, in an effort to alleviate their drug shortage needs. In accordance with the DQSA draft guidance, the company follows cGMP, GDP and all quality expectations. The company has been licensed by the Food and Drug Administration. Nephron received a 2017 ISPE/FOYA innovation award for the high level of automation present throughout the facility. For more information, please visit www.nephronpharm.com.