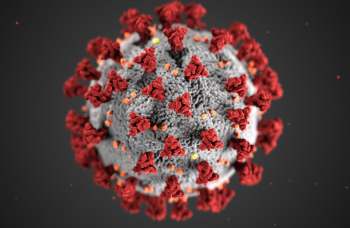 On Monday, the sterile respiratory medication manufacturer is expecting air delivery of critical supplies from Italy, one of the countries hardest-hit by the COVID-19 pandemic.

“You know how difficult that was to pull off?” Nephron president and CEO Lou Kennedy said.

Making such logistical feats easier, Kennedy said, have been the efforts of the S.C. Ports Authority.

Kennedy developed a working relationship with the port as she moved hundreds of millions of dollars in equipment from Florida to West Columbia when Nephron relocated to South Carolina in 2014. During her time as chair of the S.C. Chamber of Commerce from 2018-19, Kennedy came to know S.C. Ports CEO Jim Newsome and COO Barbara Melvin well.

“I reached out to see what the situation was going to be like in getting these pieces of equipment,” she said. “That equipment, which was four giant containers, arrived to the dot at 9 a.m. (Thursday) morning all because of two great South Carolina partners — UPS and its hub that’s located one exit from me, and the Ports Authority.

“All of these drugs that are packaged will go to benefit speedier to-market products for patients with COVID-19. … This is front-line equipment that we need to get our products to market quicker.”

“We went from a regular month of about 80 million shipped to 193 million shipped in March. That’s just for the respiratory side,” she said. “For our sterile injectable medications that we make for all the hospitals in America that have drug shortage needs, that was up by like 22%. We’re seeing the same exact trend in April.”

Nephron is also gearing up to begin releasing 100-mL saline bags for administration of sodium chlorine. The minibags, made scarce after the 2017 hurricane season hit manufacturer Baxter Healthcare hard, are once again in short supply, Kennedy said.

“We are very happy to say that we’ve been producing 100-mL saline for the last two weeks in anticipation for this going on shortage,” said Kennedy, who said the bags would be released Friday.

To help keep up with the increased production, Kennedy has petitioned the Food and Drug Administration to add up to six production lines, brought to South Carolina from Florida in 2019. Kennedy first made the request last month and said the agency has been working to respond quickly.

“We sent the last information request to the agency (Thursday),” Kennedy said. “They now have X number of days to review that. They did grant me what is called a CBE-30, which means Change Being Effected. That’s giving you a goal date of 30 days or less to review your material and be able to say yes or no.

“That’s really something. You’ve just got to know and feel good as a patient or a potential patient in America that the FDA has been working with me on the phone almost every day, or by email, trying to get this through expeditiously so that we can crank up a few more lines. As much as we can make, we’re selling. I don’t want to get behind. So if we can get these other lines approved pretty quickly, then we’ll be able to pump out — if I get four lines, at least another 50 million a month. We’re just going to wait and see what the agency allows.”

While Nephron has ramped up production in response to previous respiratory illnesses such as SARS and H1N1, Kennedy said the COVID-19 crisis is unlike anything she’s ever seen. Nephron began making its own hand sanitizer last month, distributing 50 liters to the William Jennings Bryan Dorn Veteran Affairs Center.

“I had absolutely no idea we’d reach these levels. I couldn’t even imagine, can’t even imagine, still am trying to process,” Kennedy said. “One particular day, two or three weeks ago, one hospital system in New York ordered 3,000 nebulizers from us. A typical thing might be 50, no more than 100. They ordered 3,000.”

S.C. Ports and other transportation partners have helped Nephron fill the exploding demand, Kennedy said, while Nephron workers are proud to be playing a role in combating the virus.

“I couldn’t even begin to compare ourselves with what they’re doing at hospitals, but there is a true sense of patriotism,” she said. “People are coming to work optimistic in the fact that they’re helping, in their own small way, American patients.”