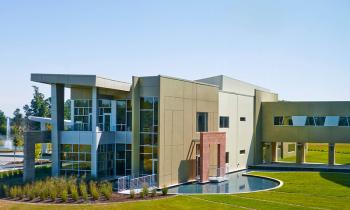 Kennedy, who previously signed the Pledge, thanked the President for delivering tax reform, reducing regulations on businesses, and creating a more competitive environment in which businesses such as Nephron can grow.

“It was such a privilege to meet with President Trump and Ivanka, and to share our story,” said Kennedy. “Our more than $12 million expansion allows us to put more people to work, which in turn creates the need for even more apprenticeship programs. I’m so proud of what we do at Nephron, and it was an honor for the President to take interest.”

Joining Kennedy at the White House were Nephron employees Travis Childs of Columbia and Lexis Frazier of Lexington. Childs shared his personal story with President Trump. When Childs was a Nephron security guard, he told Kennedy that he wanted to participate in the Nephron apprenticeship program. When Childs told Kennedy that he earned a four-year degree in Chemistry, Kennedy enthusiastically encouraged him to use it as a part of the company’s apprenticeship program – an opportunity that has allowed Childs to grow as an employee at the company.

“I’ve worked hard my whole life,” Childs said. “Meeting President Trump and being able to share my story of hard work and determination was amazing. The opportunities Nephron has provided allowed me to pursue my dream of working in the field of Chemistry. With no prior experience, I took the security job to start making some kind of money. Once I heard about this apprenticeship program, I went to Mrs. Kennedy, told her my background, worked hard, and finished the program.”

Nephron Pharmaceuticals Corporation develops and manufactures safe, affordable generic inhalation solution and suspension products specializing in Blow-Fill-Seal technology. In addition, the company operates an industry-leading 503B Outsourcing Facility division which produces pre-filled sterile syringes and IV bags for hospitals across America, in an effort to alleviate their drug shortage needs. In accordance with the DQSA draft guidance, the company follows cGMP, GDP and all quality expectations. The company has been licensed by the Food and Drug Administration. Nephron received a 2017 ISPE/FOYA innovation award for the high level of automation present throughout the facility. For more information, please visit www.nephronpharm.com.