Skip to main content
Nephron is fully inspected, and approved by the FDA!
Close

Charleston Post and Courier (Guest Column): Return production of medications and medical supplies to US 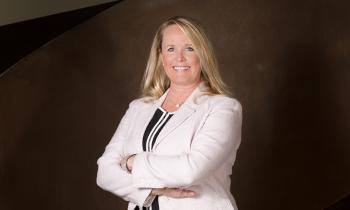 The team at Nephron Pharmaceuticals Corp. in West Columbia has been honored to answer the call to serve during the unprecedented COVID-19 pandemic.

We have shipped hundreds of millions of doses of life-saving respiratory medications to patients nationwide. We have provided tens of thousands of gallons of Nephron-made, FDA-approved hand sanitizer to students, businesses, families and those in need. And we recently announced a $216 million expansion that includes factory production space where we will fill COVID-19 vaccines.

Every Nephron employee has a sense of pride. Of patriotism. But I would be remiss if I failed to mention that we also share a sense of concern.

China is one of the world’s largest suppliers of the precursor chemicals used to make active pharmaceutical ingredients and personal protective equipment. What we have come to recognize firsthand are the perils of dependence on foreign counties, such as China, for medicine and medical supplies.

As trade tensions between China and the United States grew last year, I was afraid China could intentionally disrupt the drug supply chain to the United States, exacerbating the drug shortage crisis, increasing the cost of drugs and potentially killing American patients.

The recurring question I had was: What can America do to break this dangerous dependence?

Now, as the world considers how to deal with China in the aftermath of this pandemic, the picture of a potential supply chain disruption is grimmer, serving as a vivid reminder that we are talking about matters of life and death.

I have been vocal about this issue for quite some time. In fact, I discussed America’s dependence on China for drug ingredients last year with federal officials, including President Donald Trump, Vice President Mike Pence and Health and Human Services Secretary Alex Azar. When U.S. Sen. Lindsey Graham visited our plant a few weeks ago, we agreed: Something must be done to find American solutions to this American public health crisis.

So, it should be no surprise that I am excited about the executive order President Trump signed last week to shore up the domestic supply chain for life-saving medicines, reduce dependence on foreign sources of drugs and medical supplies and expand domestic production of both.

When the president signed this new executive order, he said: “As we’ve seen in this pandemic, the United States must produce essential equipment, supplies and pharmaceuticals for ourselves. We cannot rely on China and other nations across the globe that could one day deny us products in a time of need. We can’t do it. We can’t do it. We have to be smart.”

I could not agree more.

This is a no-brainer. The pandemic has taught us an important lesson. The best way to protect American patients, families and businesses is onshoring production of the things we need to keep them healthy and safe.

Over the past five months, the American people have endured hardships no one could have foreseen. We grieve with those who have lost loved ones to this unrelenting silent enemy. We support business owners small and large who want to slow the spread of this virus so we can reopen the world’s greatest economy. And we share the frustrations many people feel with politicians who are focused on winning the next election, rather than preparing for the next public health crisis.

We are grateful for these first steps President Trump is taking to make sure we never end up in this place again.

At Nephron, we have the technology, resources and people it takes to successfully partner with the federal government to make the public health preparedness infrastructure of this nation stronger than ever. South Carolina can and will be a leader in the effort to find American solutions for American public health.

This new executive order is the right way to do it.